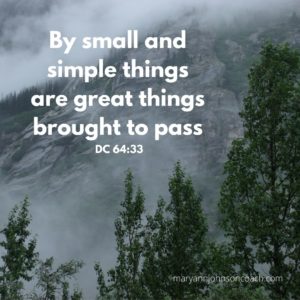 A little over two years ago something happened
in Don’s back and hips. He found himself in significant nerve pain which caused every movement to be excruciating. He tried physical therapy, dry needling, and other things. Eventually, he found himself on some serious medication. But none of these things resolved the problem.

Finally, we discovered that he has a couple of discs in his back that are in big trouble. We talked to a few doctors and then scheduled surgery for last summer. Just weeks before the big day we found out that what was going to be done was more than was needed. With some changes in weight and lifestyle, the surgery could be far less invasive, would last longer, and the recovery would be far easier. In fact, there is even a slight chance surgery can be avoided altogether. At 71 you want to do what is going to work the best.

It hasn’t been easy. Don has other serious health issues and uses medication that makes weight 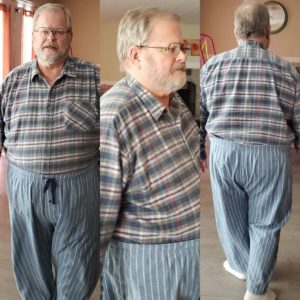 loss difficult. His back and hip make exercising a challenge. He has been experimenting for months and finally came up with a way to move forward that he felt he could do consistently. He turned Jodie’s home into the mall.

Every morning after the kids go to school and Jodie and Doug are at work he goes into their part of the house, which is much larger than ours, and walks. He made five rounds each day. Then it increased to 10. This week Don upped the ante to 12 rounds. We are excited about that. His plan is to eventually be able to do the 12 rounds twice a day. Then more rounds and eventually outdoors.

How Success in Big Things is Accomplished

It may not seem like a lot, but believe me, it is. And that is how amazing things are accomplished. Small steps, done consistently over time. This applies to losing weight, conquering an illness, parenting kids, improving rocky relationships, learning a new skill, or changing our way of being. It doesn’t matter what it is. It all requires the same initial work, one small step.

In my spiritual cannon, I read… “by small and simple things are great things brought to pass” and “out of small things proceeds that which is great.” Al. 37:6; D&C 64:33

One Small Step and Then another

When you are faced with a mountain such as Don is facing determine one small step that you can begin with. Do it consistently until you are ready to take the next small step. Don’t be discouraged if it takes time to find a first step that works. It has taken Don over a year and a half to find what works. When you have the first step begin. Do it repeatedly until you can take the next step.

If we are willing to do one small thing long enough and then another and another, there isn’t anything in our life or our family that we cannot improve. It is worth the effort!

Share the news! One small step and consistency will help us achieve our goals.