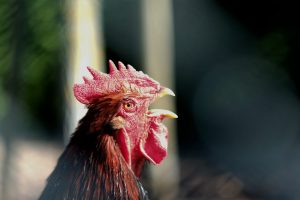 9 Responses to “My Mother Wrestles Roosters!”