A BRIEF HISTORY OF HALLOWEEN

Halloween is coming and whether or not it’s a holiday you celebrate you can use it and the fall time of the year to learn a myriad of things and have fun as a family. 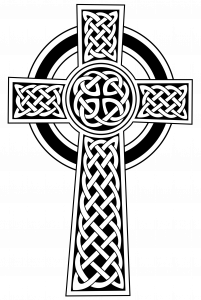 Halloween has its origins in the ancient Celtic festival known as Samhain, pronounced “sah-win”. The Celts were a tribal society in Roman-era Europe. Their country later became Britain.

The Romans worshiped various gods and on October 31, a special feast was held in honor of Pomona, goddess of the fruit trees. Look on line and find Britain and Rome on a map.
Samhain would begin on October 31st, and last into the following day. The spirits of all who died in the prior year would rise up and roam the earth on this night. Lord Samhain, the lord of Darkness, would arrive in search of the spirits to take them to the underworld.

1. Why not get some books about the Celts and Romans, read them to your kids, and tie them to the beginnings of Halloween. (You will find a book list at the bottom of this article.)

If reading as a family isn’t something you’ve done before or haven’t been consistent about, then October is a perfect month to begin.

If you want some wonderful and impactful reasons to read together as a family then get the FREE chapter of Becoming a Present Parent: Connecting With Your Children in Five Minutes or Less and read all about it.

THE HISTORY OF TRICK-OR-TREAT

Trick-or-treating resembles the medieval practice of souling, when poor folk would go door to door on

Hallowmas (November 1), receiving food in return for prayers for the dead on All Souls Day.

1. Share some books about Ireland and Britain with your children. (You will find a book list at the bottom of this article.)

King Arthur was a legendary British leader of the late 5th century. This would be a fun person to study.

2. Build a castle for King Arthur and his knights.

HALLOWEEN AND SIMILAR CELEBRATIONS IN OTHER COUNTRIES

Get a map or look online and find the countries that celebrate holidays that are similar to our modern Halloween.

A. In Scotland/Ireland this holiday is called All-Hallows-Eve. All Hallows’ Eve falls on October 31st each

year, and is the day before All Hallows’ Day, also known as All Saints’ Day in the Christian calendar. The Roman Catholic Church traditionally held a vigil on All Hallows’ Eve when worshippers would prepare themselves with prayers and fasting prior to the feast day itself. Find Ireland and Scotland on your map.

1. Get a book on Scotland or Ireland and learn a bit about the country and the people.

3. Make an Irish Saint-O-Lantern just for the fun of it!

B. Mexico has a Day of the Dead Celebration. This is not a scary time but a time for happiness and fun. 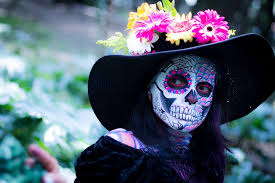 Locate Mexico on your map.

1. Learn a bit about the country, the people and the celebration. (You will find a book list at the bottom of this article.)

3. By the way this could lead you to an adventure to learn about the Aztecs! Read The Aztecs, Journey into Civilization by Nicholson, Robert

4. As a family watch the very fun Disney movie The Book of Life.

C. In China on the 15th day of the 7th lunar month they have a Spirit Festival (Ghost Festival). Locate

China on your map.

1. Free Coloring pages for kids on the Ghost Festival 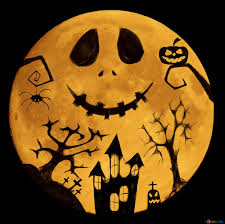 1. Halloween has changed over the decades in America. You can do a stroll down an old fashioned Halloween lane here.

2. In your family, at dinner, talk about Halloween today and how it differs from the past. Share your own Halloween memories with your kids.

3. You might have a conversation about why people celebrate the dead; fear the dead and how your family views the dead.

4. Read some fun books on an American Halloween. (You will find a book list at the bottom of this article.)

What ever you choose to do during the last week of October make it fun, fill it with learning and do it together.

Books for kids about the Celts and Romans
• Celts (Usborne Beginners) by Leonie Pratt – This is a very refreshing book aimed at the younger reader up to about 7 years old.
• Who Were the Romans? by Phil Roxbee Cox – The book is best suited for ages 6-8 years.
• Romans (Usbourne Beginners) By Katie Daynes – for ages 5-7
• Roman Things to Make and Do (Usborne Activities) by Leonie Pratt
• Celts (Britain Through the Ages) By Hazel Mary Martel – Focuses on Celtic life in Iron Age Britain.

Books for kids about Ireland, Britain and King Arthur
• Camelot: A Collection of Original Arthurian Stories
• Castle: An Interactive Guide to Castles
• Excalibur by Hudson Talbott – Arthur leads his knights in glorious battle and takes on heroic quests to prove himself. Ages 7-up
• Favorite Medieval Tales by Mary Pope Osborne – King Arthur to Sir Gawain to Beowulf to Robin Hood
• King Arthur and his Knights of the Round Table from Sir Thomas Malory’s Le Morte d’Arthur edited by Sidney Lanier. This adaptation of the classic text is part of the Illustrated Junior Library collection.

Books for kids about Scotland and All-Hallows-Eve
• All Hallows Eve: The Story of the Halloween Fairy by Lisa Sferlazza Johnson
• The Water Horse by Dick King-Smith Two kids find a strange egg on the beach, and when it hatches, they hide it in the bathtub.
• The Luck of the Loch Ness Monster by A.W. Flaherty, Scott Magoon Delightful tale of the Loch Ness monster, and a little girl who doesn’t like to eat her oatmeal, the national breakfast food of Scotland.
• The Boggart by Susan Cooper When Emily and Jessup’s family inherits a crumbling castle on Lismore Island in the middle of Loch Linnhe, the kids encounter the Boggart, a gleeful spirit that flitters about, likes bacon and sausage, and plays tricks before breakfast.
• The Story of Scotland by Richard Brassy, Stewart Ross Humorous illustrated history of Scotland, from Skara Brae, to the Romans, Robert the Bruce Mary Queen of Scots, Bonnie Prince Charlie, plus castles, legends, and famous figures. (Picture book)
• B is for Bagpipes by Eve Begley Kiehm, Alexa Rutherford Scotland from A to Z in quick rhymes and fun facts – from Auld Lang Syne, clans, dances, food, landmarks, kings and queens, to Zetland, the northernmost isles. (Picture book)

Books for kids about Mexico and the Day of the Dead
• Maria Molina and the Days of the Dead by Kathleen Krull
• The Spirit of Tio Fernando: A Day of the Dead Story by Janice Levy
• Postcards from Mexico by Arnold, Helen
• Mexico, A True Book by Heinrichs, Ann
• Life World Library: Mexico by Johnson, William Webber
• Mexico, Rookie Read-About Geography by Marx, David

Books for kids on Halloween in America
• Halloween Merrymaking: An Illustrated Celebration of Fun, Food, and Frolics from Halloweens Past by Diane C. Arkins
• Halloween: An American Holiday by Lesley Bannatyne
• Witches, Pumpkins, and Grinning ghosts: the Story of the Halloween Symbols by Edna Barth. Here is a book to explain all the funny business on October 31. It opens the door for a conversation about why you do or don’t celebrate this holiday and the value of symbols.